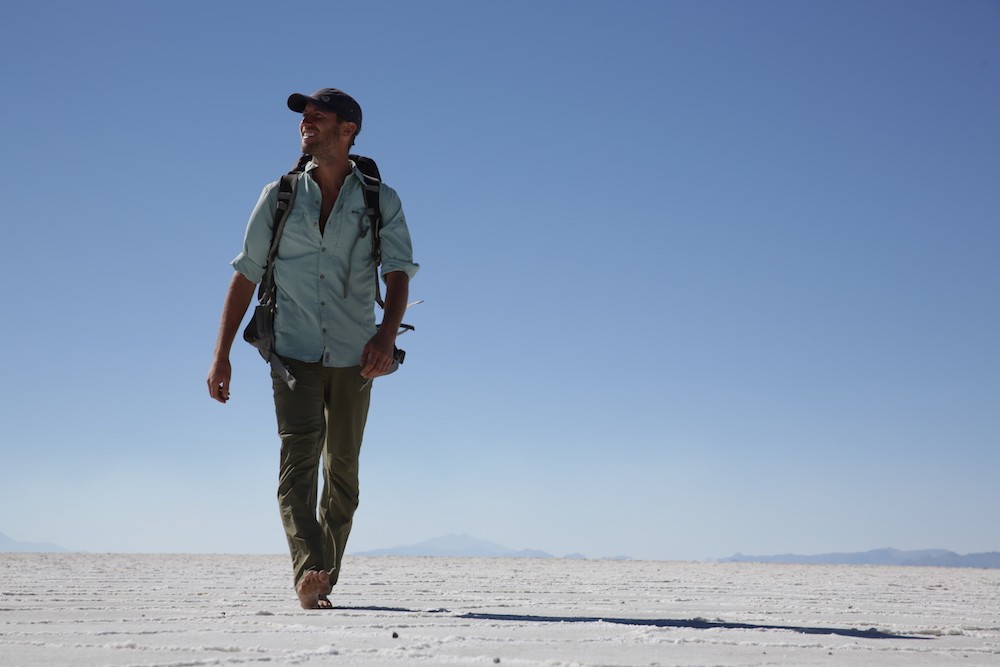 Rob Greenfield is an activist and humanitarian dedicated to leading the way to a more sustainable and just world. He embarks on extreme projects to bring attention to important global issues and inspire positive change. He’s been named “The Robin Hood of modern times” by France 2 TV and “The Forest Gump of Ecology” and his work has been covered by media worldwide.

“There was a time when I wore shoes. I had all kinds, of shoes… But as I grew a bit older I decided to break free of my preconceived notions of what was possible. I wanted to push the boundaries of my body.  I had an idea that our feet could function just fine without shoes. I had an idea that our bodies had evolved over hundreds of thousands of years WITHOUT shoes on our feet and that today, our feet could probably still do just as well without them. In fact, I had an inkling that my feet might even be better off without shoes.”

Rob’s entertaining video, telling us about his barefoot lifestyle